Which one would you go for? A print ad or an infographic?

As an advertiser, I am a fan of witty print advertisements. As a development practitioner, I have faith on infographics. I see a lot of similarities and at the same time many differences between these two.

The headline of both the advertisement and infographic should be interesting, witty and sexy. It should surmise the content following it. I don't see any difference between headlines of an ad and an infographic.

However, there is a vast difference between the body copy of a print ad and an infographic. In a print ad, lesser the text, better the ad. In an infographic, staggering the data, better the information. The name, infographic is combination of information and graphic. It is basically data sorted, arranged and presented visually. A copywriter tries to abridge the content while a visualizer tries to arrange the data into segments along with graphics.

In a print ad, an advertiser uses a relevant picture, illustration or typography to make it visually inviting. However, in an infographic, a visual artist uses motifs, graphics that are placed aside the data to make it interesting. The numbers and visuals are highlighted to seek the attention of the reader.

The punchline of both an advertisement and an infographic needs to be engaging, instigating interest in the audience to look for further information. Mostly in case of an infographic a web link is provided at the end so that the reader can visit the website for more information. Nowadays, the advertisers also provide web links at the bottom of the ad. Earlier advertisements used to have no web links and no contact address which used to leave the reader guessing about the product.

Now, the purpose – an advertisement is targeted to the consumers and is completely commercial. While an infographic is more of an advertorial with enough information for a researcher, student and likes. Its purpose is to teach through graphics.

With humans being busier than the bees, infographics are gaining popularity more than ever. Now you can just scan and skim through the data without feeling bored. I wonder if the future books will be written in infographics. In a lighter tone – the books in infographics might turn into hieroglyphs – the images that tell the Egyptian history.

To find the difference, have a look at a creative ad and an infographic. 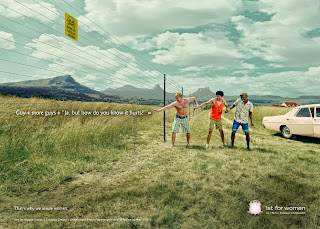 Posted by sankuchy at 15:01 No comments: Links to this post