Discoveries in the times of extinctions

Over 350 species discovered in the Eastern Himalayas 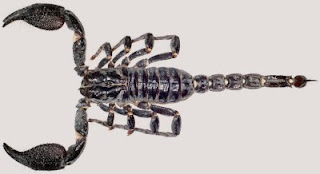 While the world is reeling under the impacts of climate change with the possible extinctions of species, the new findings in the Eastern Himalayas spanning Bhutan, the north-eastern Indian states of Arunachal Pradesh, Assam, North Bengal and Sikkim, the far north of Myanmar (Burma), Nepal and southern parts of Tibet Autonomous Region, have delighted the conservation fraternity.

Over 350 new species including the world’s smallest deer, a “flying frog” and a 100 million-year old gecko have been discovered in the Eastern Himalayas.

A decade of research carried out by scientists in remote mountain areas endangered by rising global temperatures brought exciting discoveries such as a bright green frog (Rhacophorus suffry) which uses its red and long webbed feet to glide in the air.

In Nepal alone 94 new species were discovered which include 40 plants, 36 invertebrates, 7 fish, 2 amphibians, and 9 reptiles.

One of the most remarkable discoveries in Nepal was Heterometrus nepalensis, a scorpion new to the world discovered in the Chitwan National Park in 2004. This discovery was significant as it was the first species of scorpion ever to be discovered in the country and was given the name to honour the occasion.

Scientists initially believed the small creature found in the world’s largest mountain range was a juvenile of another species but DNA tests confirmed the light brown animal with innocent dark eyes was a distinct and new species.

The Eastern Himalayas are now known to harbour a staggering 10,000 plant species, 300 mammal species, 977 bird species, 176 reptiles, 105 amphibians and 269 types of freshwater fish. The region also has the highest density of the Bengal tiger and is the last bastion of the charismatic greater one-horned rhino.

Historically, the rugged and largely inaccessible landscape of the Eastern Himalayas has made biological surveys in the region extremely difficult. As a result, wildlife has remained poorly surveyed and there are large areas that are still biologically unexplored.

Today further species continue to be unearthed and many more species of amphibians, reptiles and fish are currently in the process of being officially named by scientists. The Eastern Himalayas is certainly one of the last biological frontiers of Asia with many new discoveries waiting to be made.
Posted by sankuchy at 19:01 No comments: Links to this post

Email ThisBlogThis!Share to TwitterShare to FacebookShare to Pinterest
Labels: Opinion 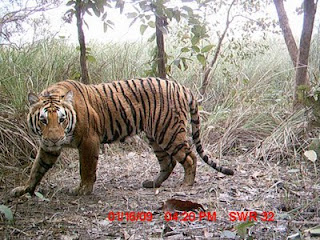 2008 population estimate brings a sigh of relief among conservationists

The wild tiger population is at a tipping point. More than half of the Bengal tiger population was lost to poaching in the last decade. The estimated number of tigers in important range countries is frighteningly low, with a recent government census suggesting there may be as few as 1,300 tigers left in India, the species’ stronghold. Besides poaching tigers are facing an epidemic of habitat loss across their range.

When the Government of Nepal started the nation-wide tiger population estimate with the help of conservation organizations like WWF and National Trust for Nature Conservation on 15 November 2008, there was a hidden fear among the conservationists that the results might be dishearteningly low. But when the final figures were released there was a joy and sigh of relief in everyone's face. The 2008 population estimate has confirmed the presence of 121 adult tigers in Nepal. The 1995-2001 estimates had shown the presence of 123 adult tigers in Nepal.

Following the unique bar codes
Each tiger has unique set of stripes, just like the unique fingerprints we all have. The set of stripes are different on both the sides. To capture the stripes on both sides, a pair of camera traps is fitted at the probable sites of tiger encounter in such a way that when a tiger crosses between the cameras they click at the same time.

To derive information on both abundance and distribution of tigers, the current survey employed two methods - Camera Trapping method inside the protected areas and Habitat Occupancy survey both inside and outside the protected areas. Three hundred camera traps were fitted at the tiger encounter sites and the images captured in the cameras were analyzed to find the final figures. To obtain reliable population estimates the survey was undertaken simultaneously in all potential habitats. Previous studies had been undertaken in different time periods and at different spatial scales.

Illegal trade behind the declining tiger numbers
The main reason for the decline of tiger populations has been attributed to poaching and illegal trade. This is linked to the illegal international trade in tiger parts and derivatives (skin, bones, meat in some cases although not reported in Nepal) and use in traditional Chinese Medicines (TCM). Apart from these, sporadic cases of retaliatory killing from irate communities have been reported. Other important reasons of tiger population decline are habitat shrinkage and fragmentation due to human intervention, loss/decline of prey species.

"In spite of the decade long insurgency, encroachment, poaching and illegal trade, the present numbers is a positive sign, but we can't remain unworried," says Mr. Anil Manandhar, Country Representative of WWF Nepal.

"The declining numbers in western Nepal has posed more challenges, needing a concerted effort to save this charismatic endangered species focusing on anti-poaching and illegal wildlife trade."

Transboundary cooperation a must to save tigers
The Government of Nepal has approved and launched the 'Tiger conservation Action Plan 2008- 2012'. A comprehensive management plan has been devised in which the target is to increase the population of tigers by 10 per cent within the first 5 year period of the plan implementation. Many conservation organizations like WWF are helping the government to conserve the tigers. However, with the effort of Government of Nepal and conservation organizations alone won't be enough to save the tigers.

"Nepal and India share a porous border and many protected areas in both countries are linked with each other," said Dr. Uday Raj Sharma.

"Both the countries need to work together to save these endangered species."
Posted by sankuchy at 12:11 No comments: Links to this post